I'm back in Moscow for the second International Financial Centre competition www.mfc-city.com meeting of the Jury. This time I thought I would spend an extra week touring around Moscow since I did not see very much on my two previous trips....the first being in 2007 when I took a boat from Moscow to Saint Petersburg....yes there is such a trip, and the second in November when I decided to head down to Sochi.

I knew that sightseeing in the middle of January might be a bit of a challenge, especially for someone who rarely goes out in the cold, other than to play golf. But I brought my winter golf boots and long underwear and this is quite a splendid winter city, as hopefully evidenced by these photos taken
on my first evening in town. 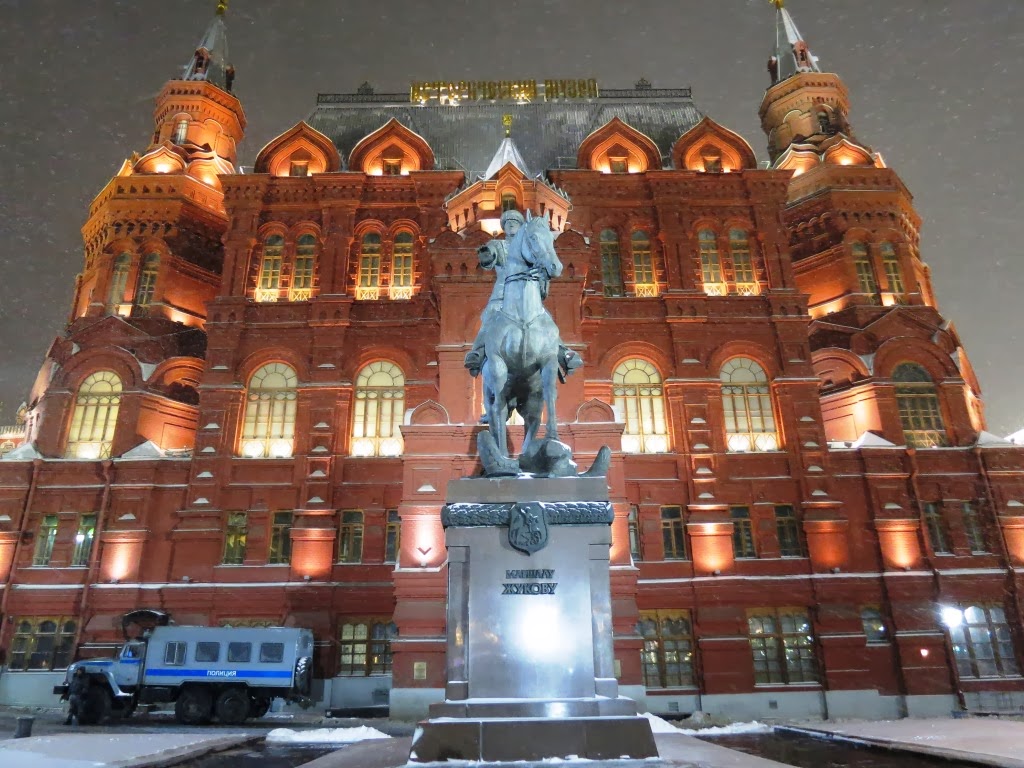