Morocco: Riads and other accommodation 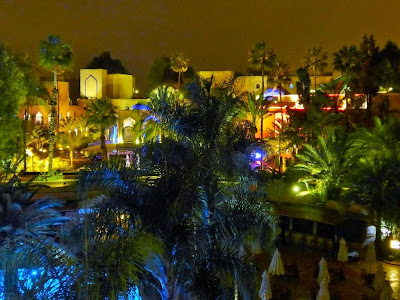 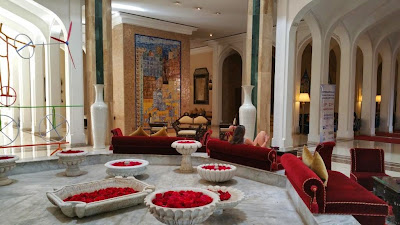 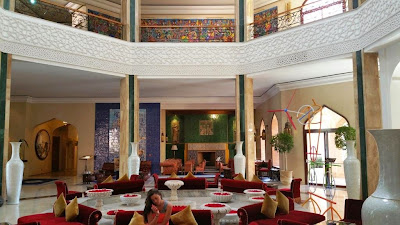 In Marrakech we stayed in 3 different properties on two separate trips. Sally and I spent our first 2 nights at the Es Saadi Gardens and Resort http://www.essaadi.com/en  an expansive complex that included a casino and Palace building. We arranged a very good rate over the internet for what it was and while the main hotel feels a bit dated, the separate palace, which has its own rooms, was particularly beautiful. The location was excellent in Hivernage,  a high end neighbourhood just outside the medina (walled city) with other nearby hotels (the Sofitel is a lovely property), restaurants and private villas. 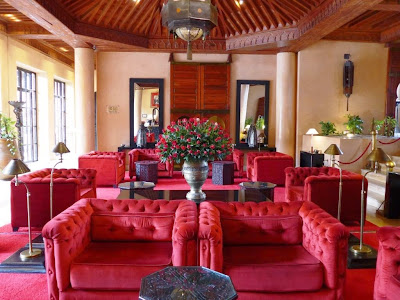 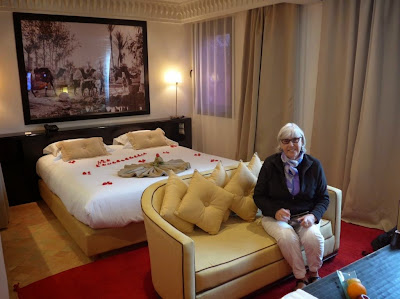 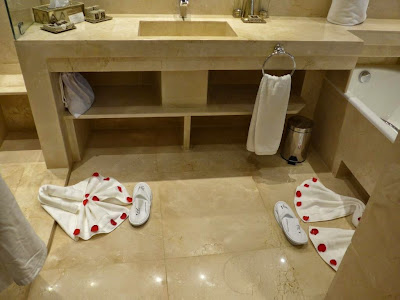 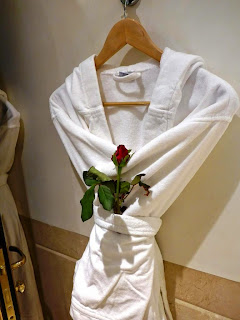 When Richard and Carol arrived we moved to Les Jardins de Koutoubia, which Richard and I both thought was a wonderful old heritage structure that had been lovingly restored, with lovely detailing and nice modern touches in the luxurious bathrooms . We subsequently discovered the place was only 20 years old!

The best view was out over the central swimming  pool and courtyard.  Our rooms didn't enjoy this view but they were significantly larger than those that did. Since it was overcast and raining most of our time, the outlook didn't matter quite so much! 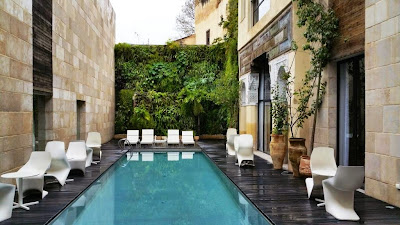 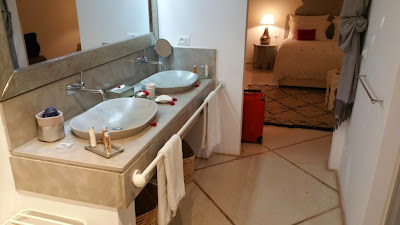 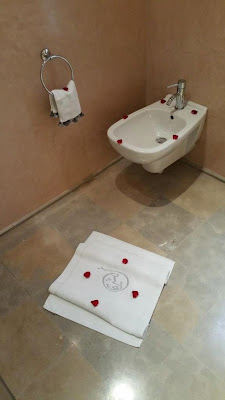 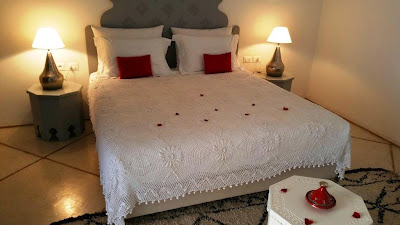 After visiting Essaouria, Fes and Tangier, we returned to Marrakech. Our final night was spent at the Riad Nashira & Spa created by an Italian builder who we briefly met. While the location was not as good as the other 2 properties, it was a very elegant. The common areas were extensive and could have accommodate 3 or 4 times the 16 rooms. As can be seen from the photos they were exquisitely decorated, with lots of petals.
We liked the rooftop terrace where we were finally able to sunbathe on our final day.
As we enjoyed a bottle of white wine before heading off for dinner on our last night we all agreed our Marrakech hotels had worked out well. 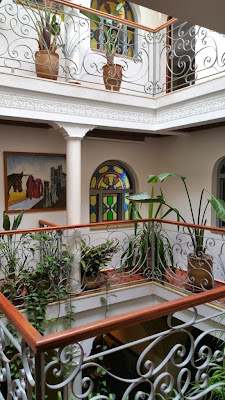 In Essaouira we stayed at Riad Perle d'Eau which at first appeared to be a modest riad at the end of a crumbling street. But once inside we discovered a very elegant and delightful 'home' created by Ernest, a Swiss engineer with a wicked sense of humour and his wife Ghislaine. Not only did we sleep there but we also ate there. We can recommend it. 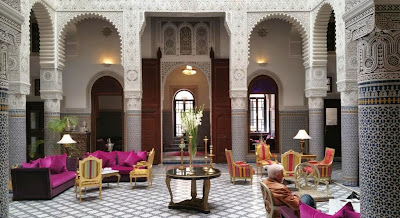 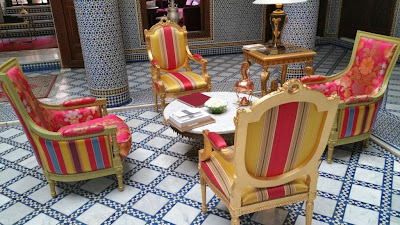 In Fes we were booked into and prepaid at Riad Fes Relais&Chateaux. It was beautiful, but when we arrived we were told the property was overbooked and the desk manager on duty tried to hustle us off to a another property. Suffice it to say, having just spent over 8 hours driving there, and being delighted with what we found, we were not happy. 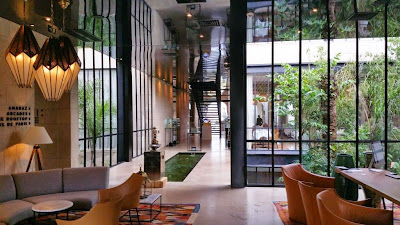 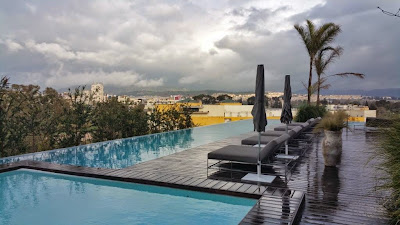 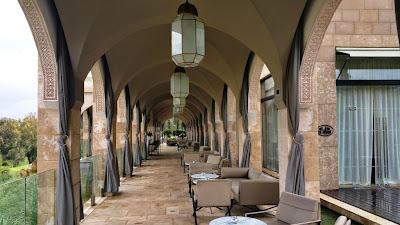 However once we realized we had little choice we agreed to be transferred to the other property, which was somewhat isolated at the top of a hill, overlooking the town. We should not have been so hesitant. It turned out to be quite magnificent.

The Hotel Sahrai http://www.hotelsahrai.com/ is just a year old and also part of the Relais&Chateaux network. Our treatment by the staff could not have been more opposite than at the riad and a special thanks goes to Czarina who not only made us most welcome but arranged 2 junior suites for the next night back at the Riad Fes. This property, with two fine restaurants, is a good place to stay if you want to avoid the hustle of the medina.

On our return to the Riad Fes we were met by a wonderful French lady at the desk (whose name I have forgotten) but she truly looked after us very, very well. Quite a contrast from the day before. 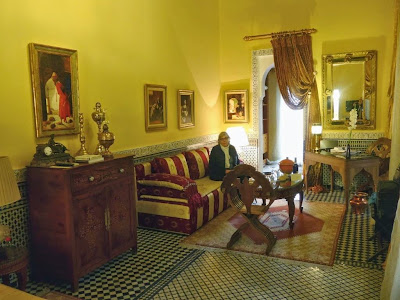 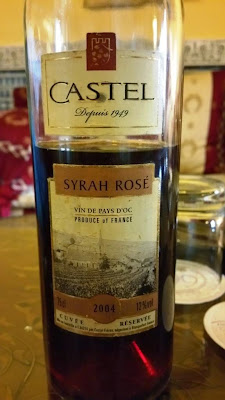 I very much appreciated a bottle of 2004 rosé that was placed in our room, to compensate us for the difficulties we had encountered.... until about 3:30 am the following morning. But enough said about that! 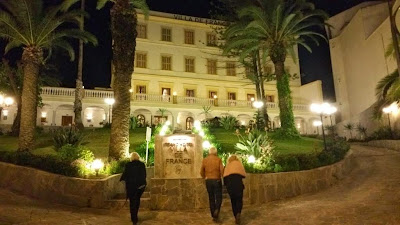 In Tangier we booked the Grand Hotel de France, one of the oldest hotels in the city with a lot of history. But compared to the lavish properties in Fes it seemed quite underwhelming.  However once again the front desk staff were very helpful arranging dinner reservations and a tour guide and overall it worked well.

As my friend Chuck Brook pointed out there were no rose petals sprinkled on the bed or around the bathroom a la Marrakech,  but we certainly managed. I hope some of these comments will be helpful should you decide to go to Morocco.
Posted by Michael Geller at 6:35 PM

This is good info.
wez-pozyczke