Aruba: One of the ABC Islands 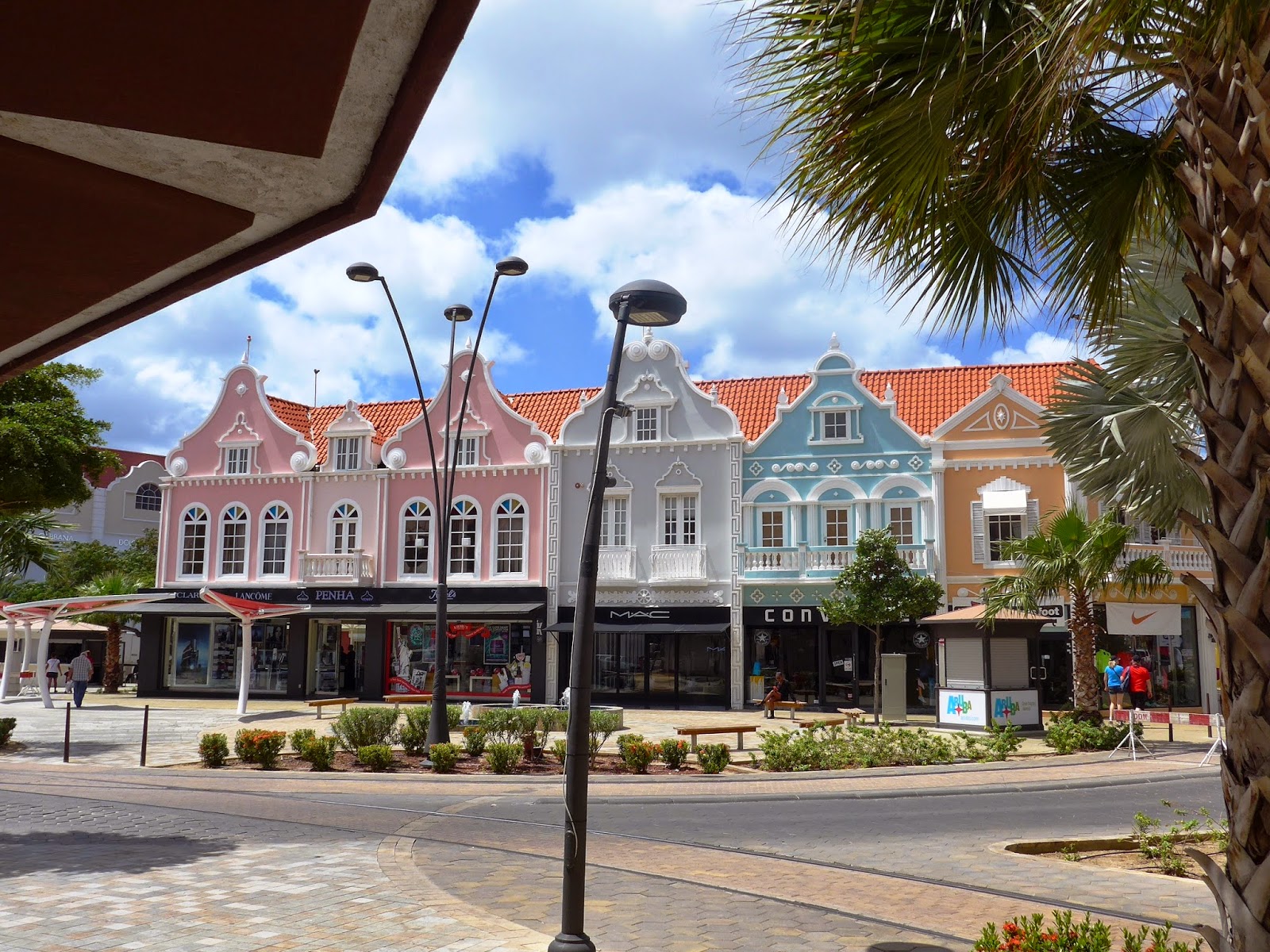 At only 33 km in length, Aruba is the smallest of the ABC islands in the Caribbean (Aruba, Bonaire, and Curacao).  A former Dutch colony, it is a delightful mix of Dutch, Spanish, English and Caribbean cultures. It is reported that more than 90 different nationalities live on this small island with a population of just over 100,000.

We came here to visit Vancouver’s former Dutch Consul General and his wife who now live on the island and to enjoy a week in the sun. However, I was surprised to discover a number of fascinating sustainability initiatives intended to make Aruba a 100% green economy by 2020.

It has very good drinking water, the result of the second largest desalination plant in the world, and an electric tram that runs down a new main street in Oranjestat, the capital.A 'Smart Community' is also being planned. 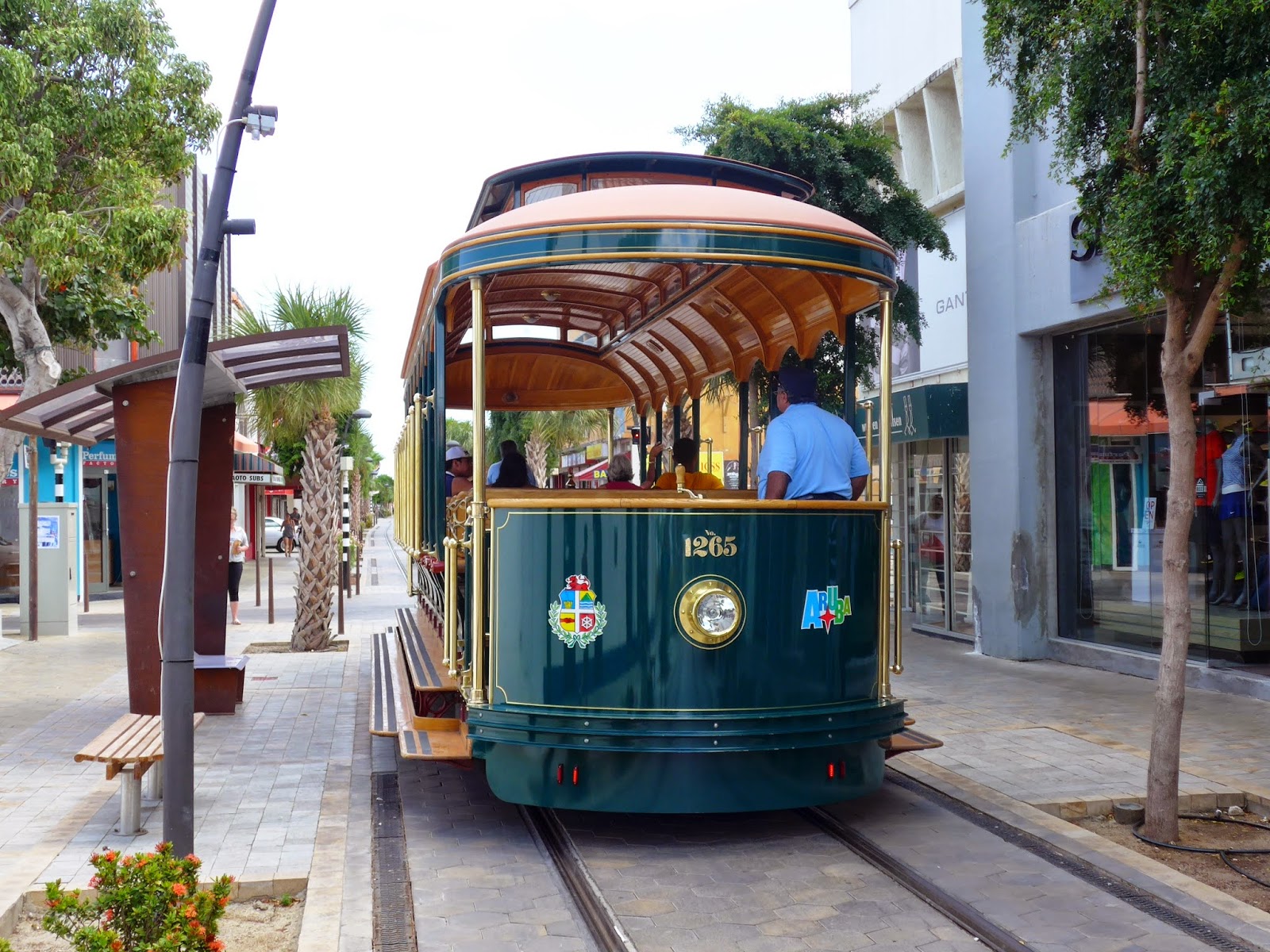 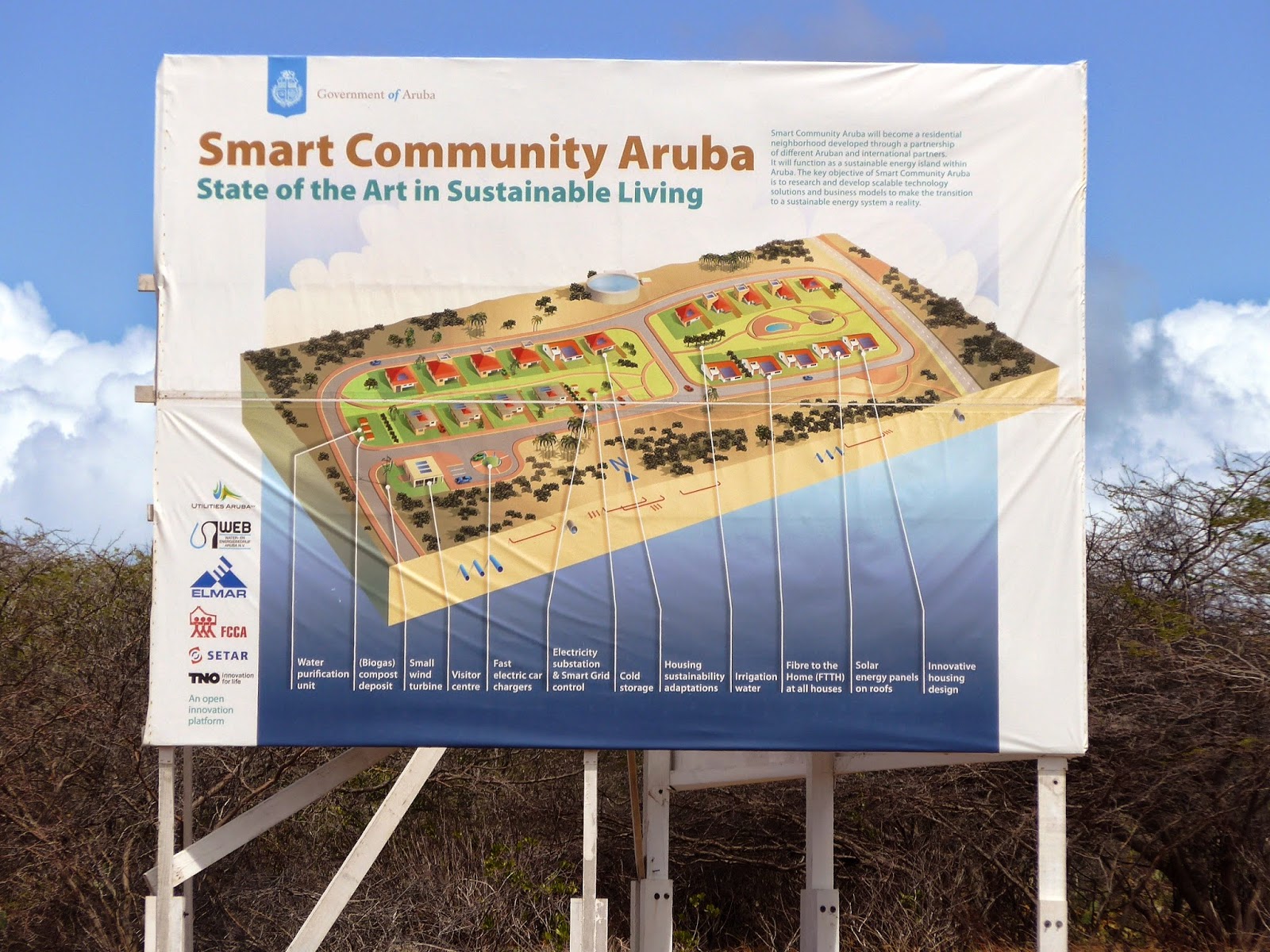 One of the other things that has surprised me is the number of people who repeatedly return to the island year after year from all over the US and Europe. They find the island to be a safe, clean, and enjoyable place with particularly good food. I have to agree. 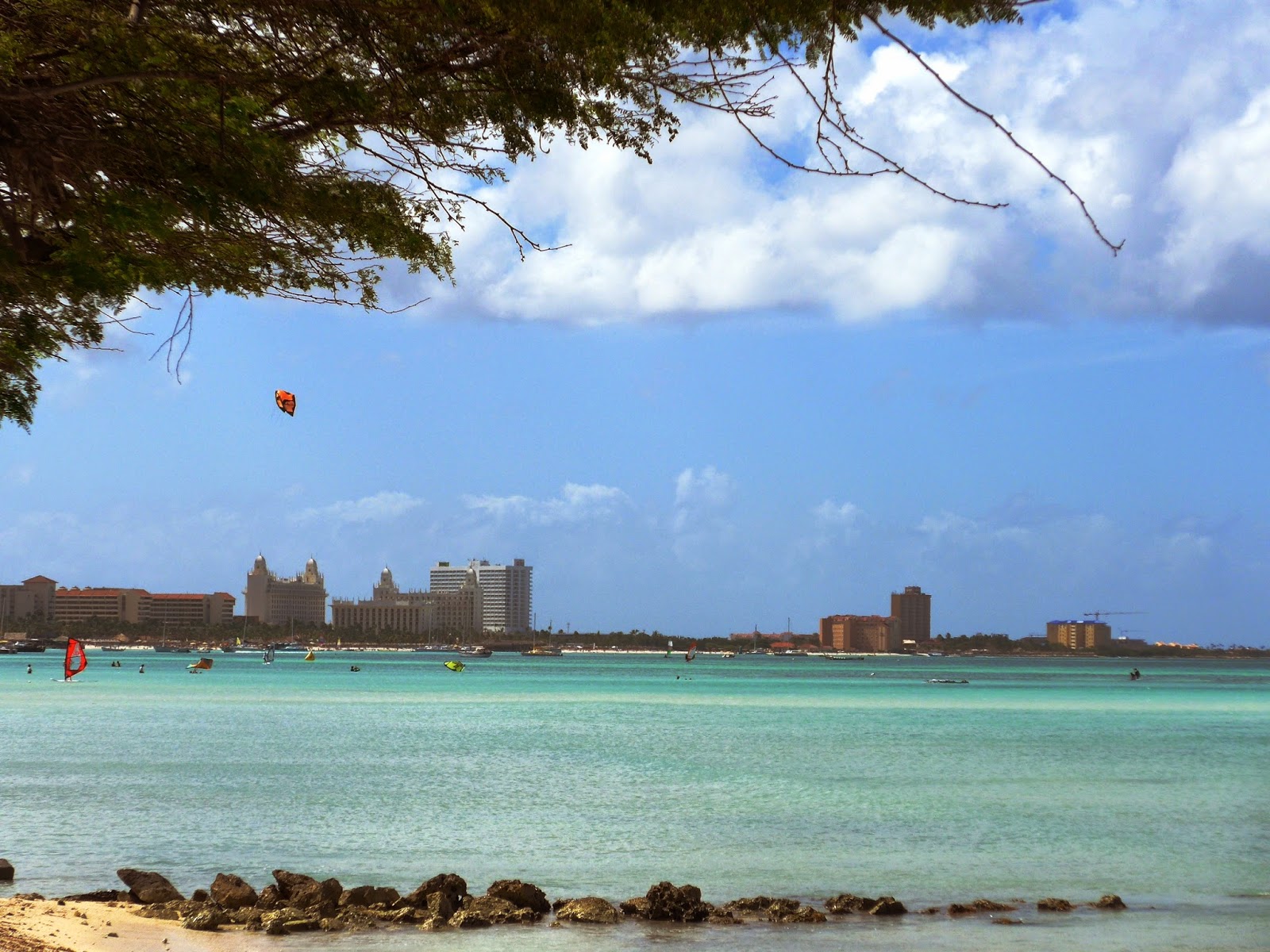 However, a review of the accommodation options will reveal that this can be a very expensive to stay. Partially as a result of the weak Canadian dollar, it is difficult to find good accommodation for much less than $350 CAD a night. We were therefore delighted to discover on AirBNB a place called Swiss Paradise Villas and Suites www.SwissParadiseAruba.com which I can highly recommend for a number of reasons.

Located at the northern end of the island, minutes from the Tierra del Sol golf course and a number of lovely white sand beaches (yes, it’s a cliché, but the sand really is like white sugar, extending out into the ocean) the resort is a mix of different accommodation options. 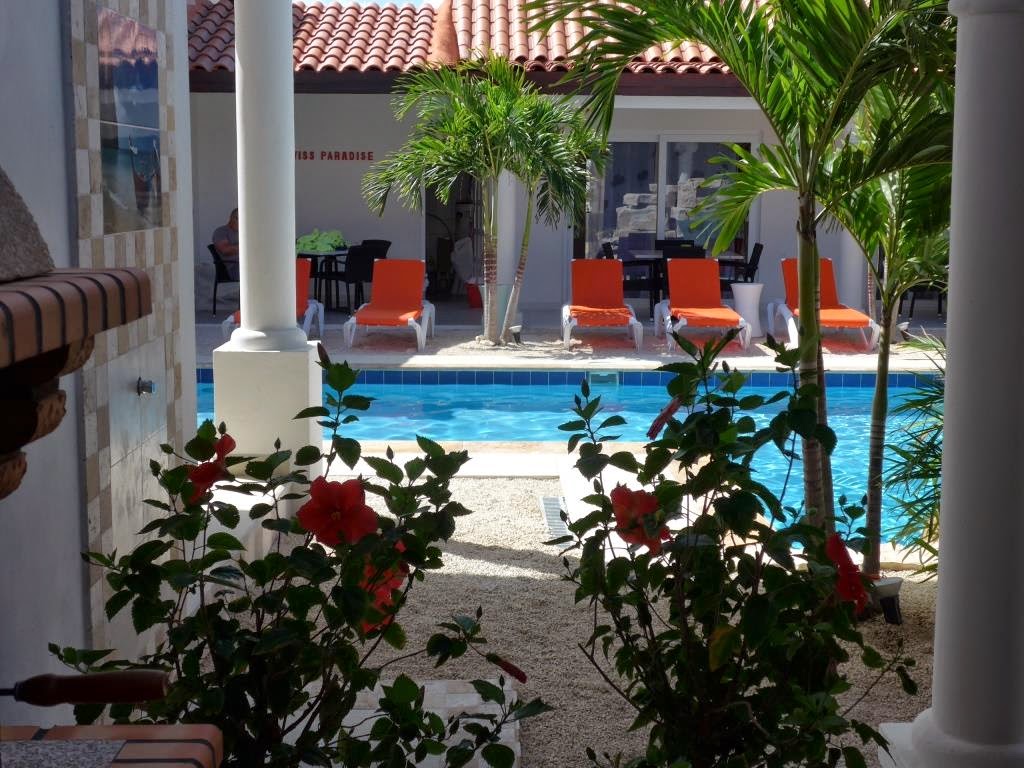 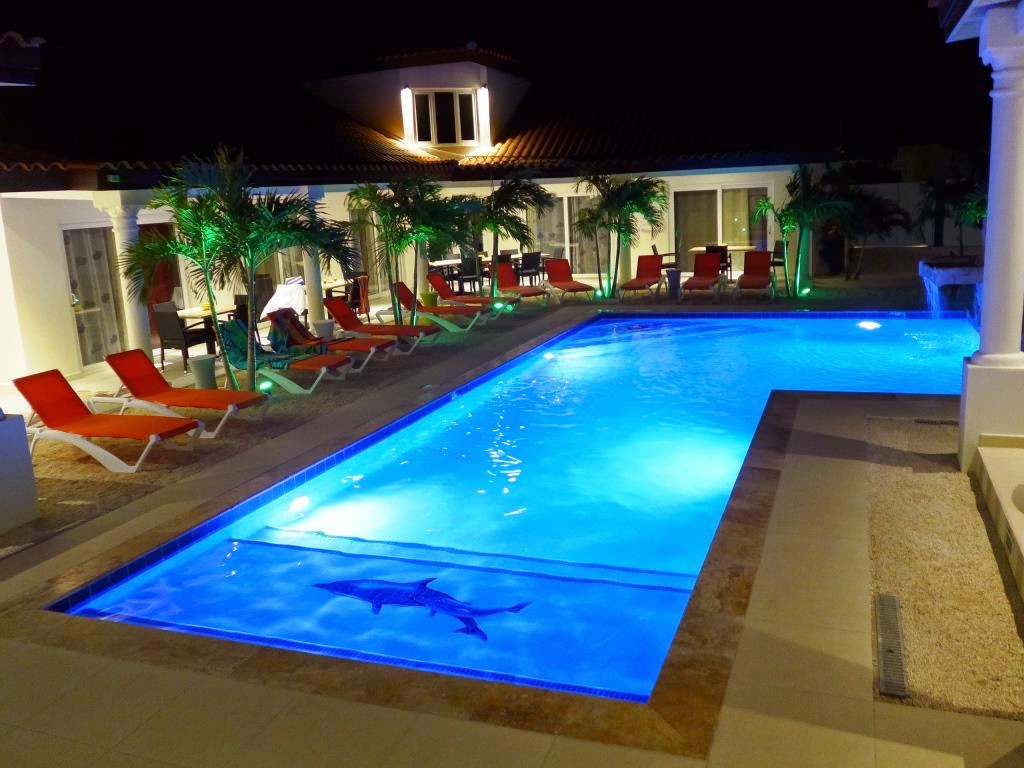 The most intriguing is a collection of rooms and self-contained suites clustered around a small swimming pool and very well fitted out European style outdoor kitchen. There’s an adjacent lounge area with large outdoor TV and other outdoor seating. We stayed in one of the smaller rooms (the only one available) for the first few nights, but were impressed with the modern bathroom design, very large flat screen TV and a bed with remote control adjustments. There was also a loft which we did not need. 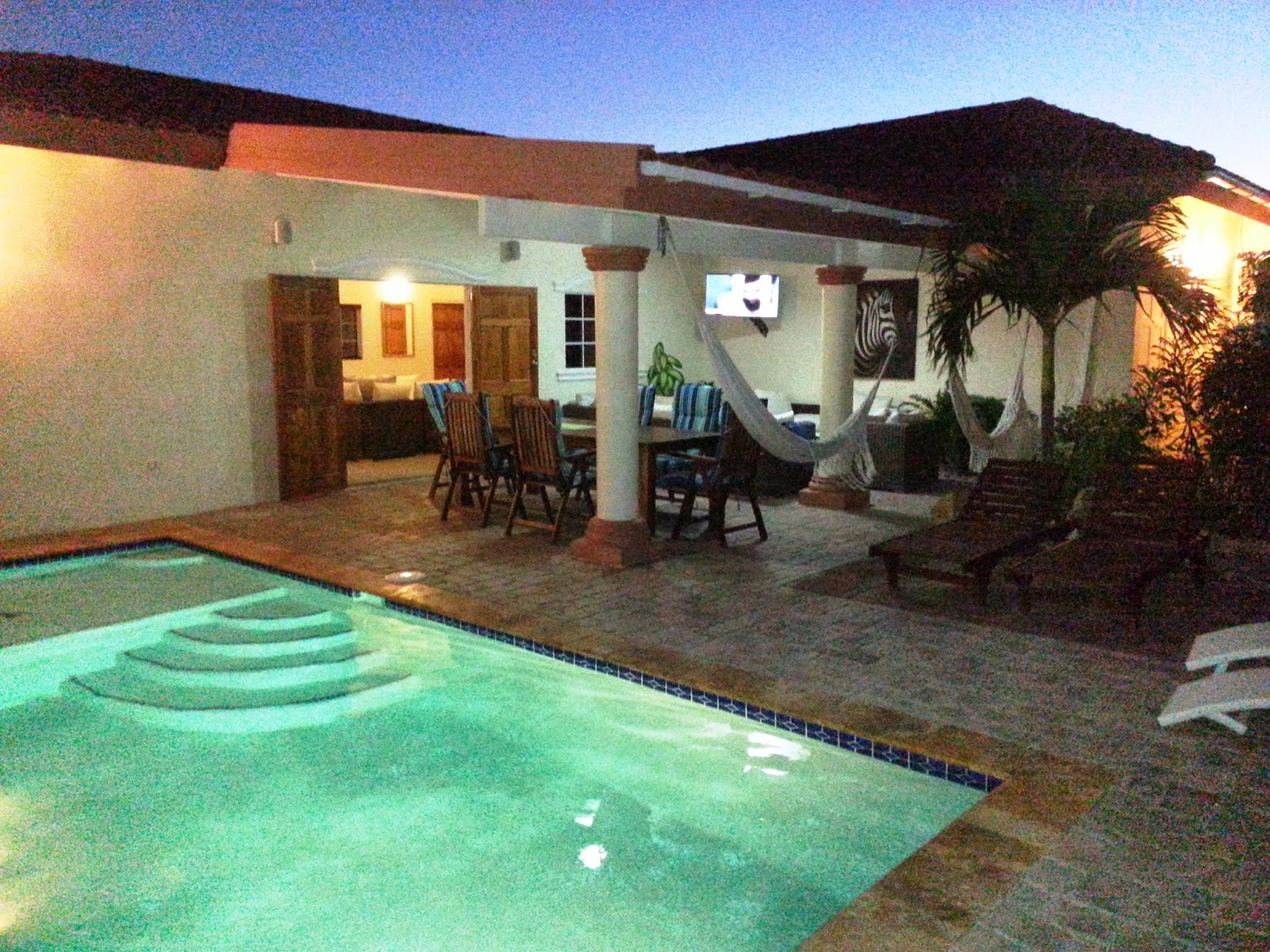 During our stay a villa became available so we moved over. It had large indoor and outdoor living areas, a private pool and 3 to 5 bedrooms, depending on the configuration. Sadly, there was just Sally and me.

The General Manager is Juerg Braendli, a Swiss engineer who moved here a number of years ago, and along with business partner Tina is slowly expanding the resort. It’s a very hands- on operation for Juerg who also rents cars to guests and is most willing to help out with any arrangements.

Aruba has a year round temperature of about 27 degrees centigrade (82 degrees Fahrenheit) and constant breezes. While it is further than Hawaii, Mexico or Palm Springs for Vancouverites, you might want to do what we did and stopover in New York there and back. As it says on the license plates, it is One Happy Island….one we do not often think about, and one we'll be reluctant to leave. But we'll be back.
Posted by Michael Geller at 6:33 AM