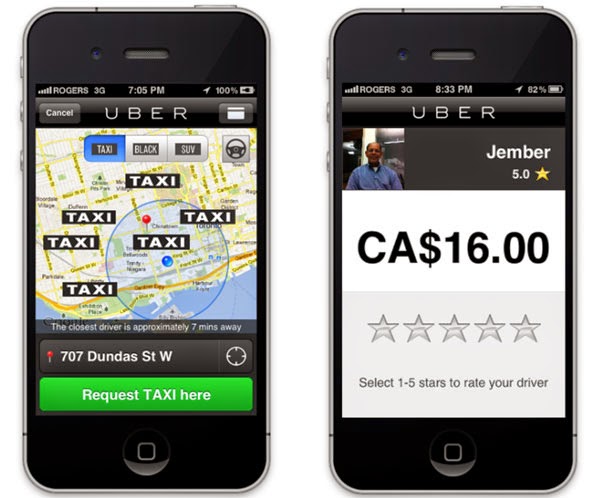 Have you ever waited too long for a taxi, or not got one at all?

While Uber and its aggressive tactics have attracted media headlines, there are other ride-share providers wanting to serve us. This could have significant ramifications for taxi passengers, drivers, and the industry as a whole.

I attended this discussion since for many years I have believed Metro Vancouver’s taxi system is broken, especially when compared with other cities where I have lived and travelled.

The fact that the BC Taxi Association represents all 140 taxi companies in BC except for the four companies operating in Vancouver is, to my mind, evidence that something is amiss.
While the BCTA is proud of its lobbying efforts to keep the BC taxi industry regulated, many provincial regulations are outdated, short-sighted and neither sustainable nor in the best interests of passengers.

For example, except during weekend evenings, North Shore, Surrey, or Richmond taxis bringing fares into Vancouver are not allowed to take fares back to their home municipalities. They must return empty. This is a sustainable transportation system?
At the same time, Vancouver taxis are often reluctant to take fares to distant parts of Metro since they too are restricted from bringing fares back to the city.

If you have ever waited a long time for a taxi or not found one at all, it may be because Vancouver has the lowest ratio of taxis per capita of any major Canadian city.

It is significant that not one new taxi company has been allowed to enter the Vancouver market in 25 years. Compare this with any other retail or service industry.

If you thought fares seemed expensive, Vancouver rates are approximately 15% higher than the average in major Canadian cities.

SFU graduate student Benn Proctor has written an excellent master’s thesis on the taxi industry. He concluded that the primary beneficiaries of current regulations are the taxi company shareholders who can charge $800,000 for a single taxi cab license.
Meanwhile, taxi drivers who work half their shift just to pay overhead and operating expenses and taxi passengers are the losers; especially those of us trying to get a cab during peak times or around 4pm when the customary 12 hour shifts start and end.

While deregulating the taxi industry might seem like a possible solution, it has been tried in many places around the world with limited success. Regulatory reform would seem to be a better approach.

However, without public outcry, significant regulatory reform is not likely to happen in Metro since, as I learned when I ran for City Council, taxi cab owners are very influential and highly visible at election time.

For these reasons, I and many others would like to see Uber or similar companies operating in Vancouver.

Uber’s stated mission is “to improve city life by connecting people with safe, reliable, hassle-free rides through the use of technology”. Passengers use a smartphone app to connect with private drivers.

Uber currently operates in 253 cities in 53 countries worldwide. While it has generated concerns, as noted during the SFU discussion, including highly publicized reports of drivers raping passengers, everyone with whom I have spoken who has used Uber is full of praise.
Fares are generally lower, cars come quickly, and the smartphone application provides details on vehicle identification and arrival. Furthermore, no cash changes hands.
Today New York City has 14,000 cabs for 8.5 million people. Mexico City has 100,000 cabs for 9 million people. Metro Vancouver has 1500 cabs serving a population of nearly 2.5 million.

As more Vancouver residents chose not to own a car, and tougher drinking and driving laws are introduced, the need for more taxis and taxi alternatives will increase.
Vancouver needs to develop a ‘taxi culture’ like other major world cities. More cabs and alternative transportation choices like Uber will help make this happen.
Twitter.com/ @michaelgeller

Since writing this column, I came across the following story by the Vancouver Sun's Don Cayo. I should note that I was wrong in stating that suburban cabs can pick up in Vancouver on weekends. The Vancouver taxi owners are fighting this. But Cayo's column reinforces many of my other concerns. Read on:

What is fair? Ending a high-priced monopoly, or maintaining high value for taxi licences?

VANCOUVER — Industry insiders are grumbling that the value of Vancouver taxi licences is being eroded by Uber-riding fear — the mere prospect of competition from the $40-billion, app-based cab company that is breaking taxi monopolies around the world.


In newspaper reports this week, Carolyn Bauer of the Vancouver Taxi Association noted the trading price for taxi licences, estimated by industry analysts to be about $800,000, has plunged, although she wouldn’t say to what level.

Even before this claim was made, however, questions were being asked about compensation for licence-holders who will lose their near-monopoly if the tight restriction on the number of taxis allowed to operate in the city is loosened.

My Vancouver Sun colleague Peter O’Neil noted in an insightful story last fall that the legal issues are far from clear. The Organization for Economic Cooperation and Development, he reported, finds no precedent in the economies it analyzes for compensating licence-holders when an industry is deregulated.

SFU marketing professor Lindsay Meredith doesn’t see it that way. He fears the licence-holders will cite — and the courts may accept — a costly precedent set in the 1990s when Ottawa decided to pay market prices to buy out commercial salmon-fishing licences.

Certainly the players who dominate their industry both here and in other cities are not averse to using the courts to maintain their lucrative exclusivity. For example, taxi licence-holders in Chicago and Boston are suing their city halls for compensation on the grounds that allowing Uber to operate has undermined the value of their licences. Here, Vancouver cab companies have gone to court both to block a bid by 38 suburban taxi cabs to compete for weekend business, and to attempt to forestall Uber’s entry into the market.

And certainly if the fishing-licence precedent were to be followed, it would cost a lot. The 588 taxi licences in the city, each worth $800,000 if the published estimates are confirmed, would add up to almost $500 million — although they would no doubt retain some value, so a settlement could be prorated.

I won’t try to second-guess what the courts might decide. But the case could be made — and, judging from the comments on the Internet whenever the subject is written about, I think a lot of Vancouverites would agree — that licence-holders who suddenly have to compete to stay in business don’t deserve anything at all.

For one thing, all the city or the province ever got out of it is a few hundred dollars a year for cab licences — it’s the fact that such limited numbers of licences are granted that has allowed the owners to spin them into six-figure assets. Meanwhile, taxis have been able to charge a premium — to gouge passengers, many would say — so they have already extracted full value from their licences.

Meredith doesn’t dismiss this argument, but he says the taxi industry would be sure to counter with sob stories. They would no doubt showcase in the media hard-luck cases such as widows living solely on the returns from leasing the licence left to them by their late husbands, or young family men up to their ears in debt to pay for a licence that lets them put bread on the table.

To be sure, there are fairness issues at stake — both fairness for cab customers, who are disproportionately old or poor or disabled, and for workers in the industry whose livelihoods may be undercut if the rules suddenly change.

Fairness for licence-holders might involve a more nuanced kind of solution like one suggested by the Conference Board of Canada to compensate dairy and poultry farmers if/when the plug is pulled on their supply management sinecures. It’s to treat licences like any other business asset — something that depreciates over time as value is extracted from it. In other words, pay compensation amounting to what the Conference Board calls book value — the price paid, less reasonable depreciation over the time period the asset was held.
dcayo@vancouversun.com
© Copyright (c) The Vancouver Sun
Posted by Michael Geller at 4:16 PM