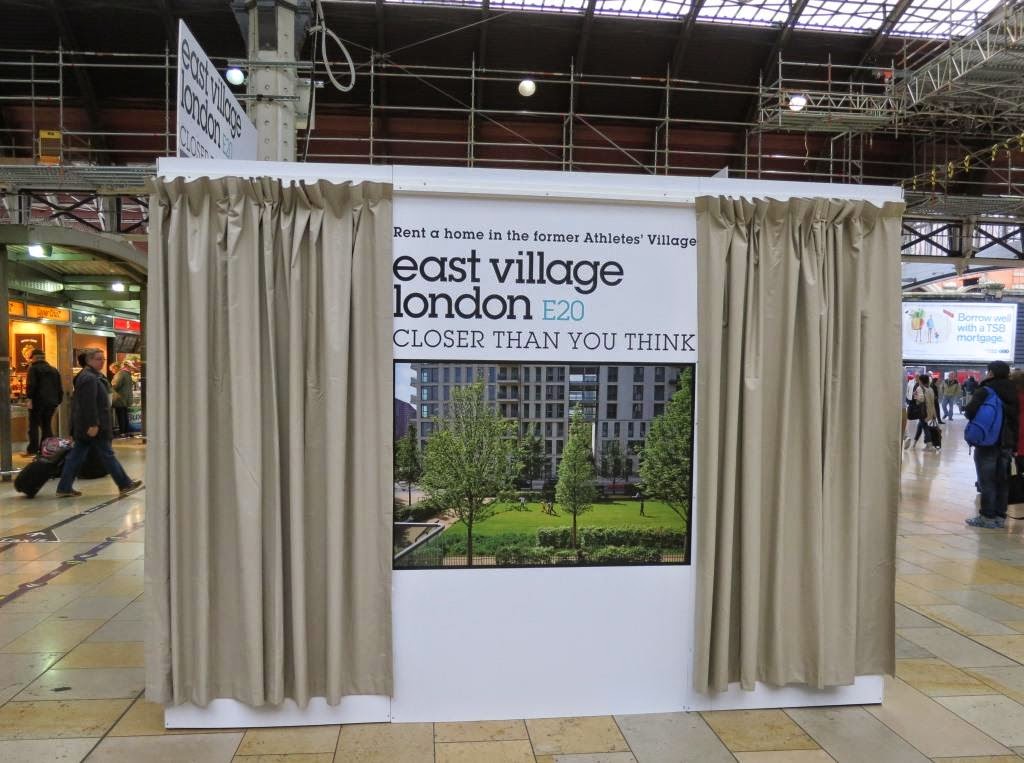 In the Paddington train station I came across a marketing display for London’s athletes village and decided to take a visit since the sign said it was not that far away. I had seen it under construction in 2011 and wondered how the finished product turned out. En route I came across a number of new developments including Westfield Shopping Centre that had been built because the Olympics were coming. While most were quite mundane, a couple, including Icona, this multi-coloured condo were quite interesting. 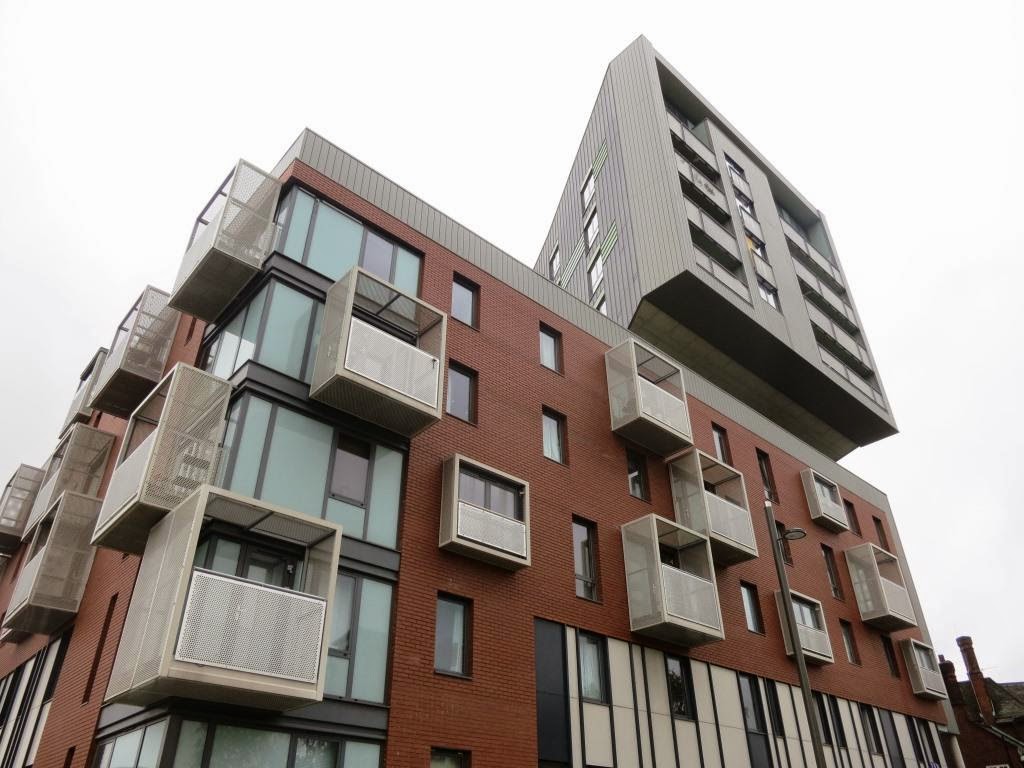 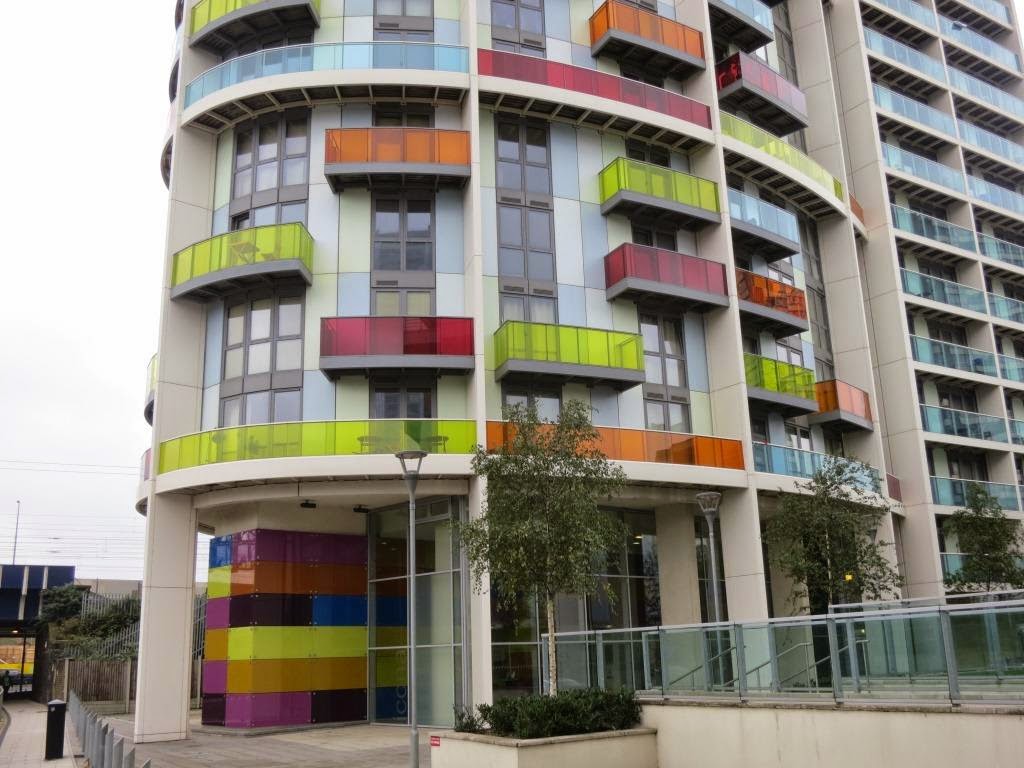 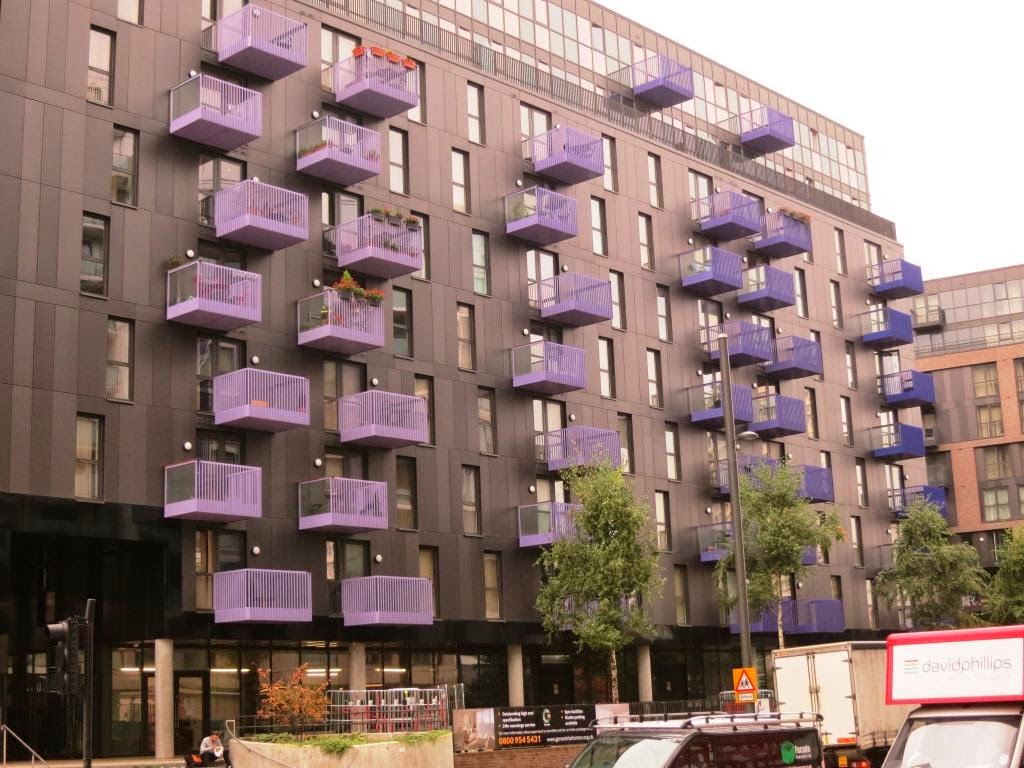 The presentation centre tells the story of the community. I was surprised by the rather mundane model. 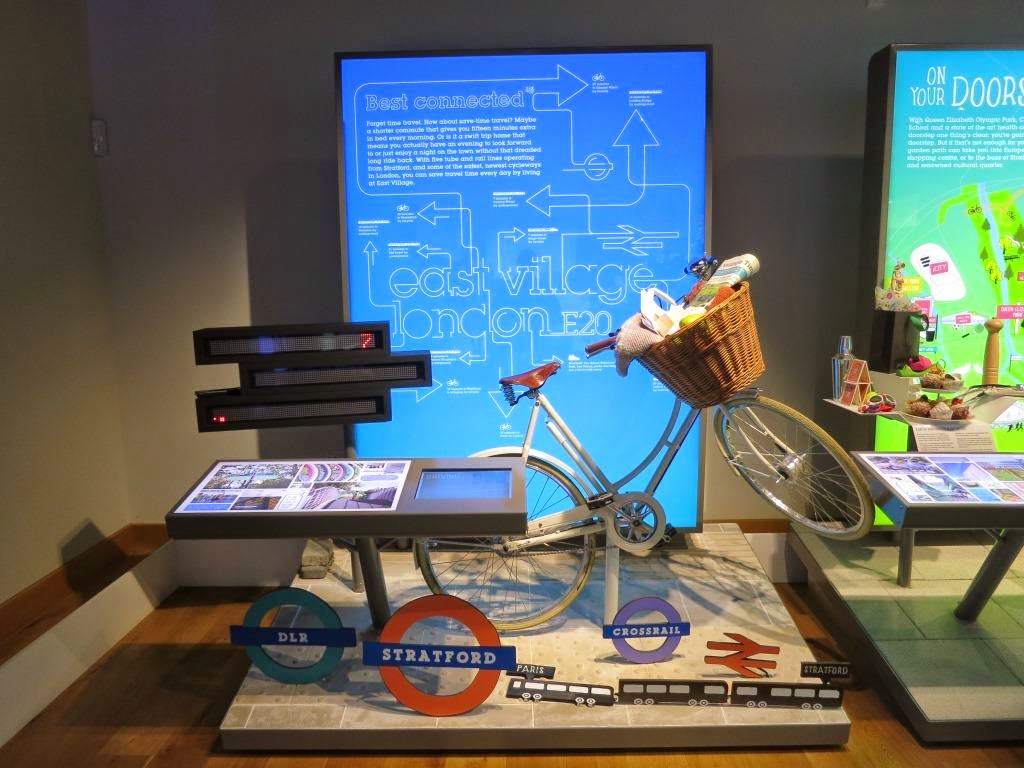 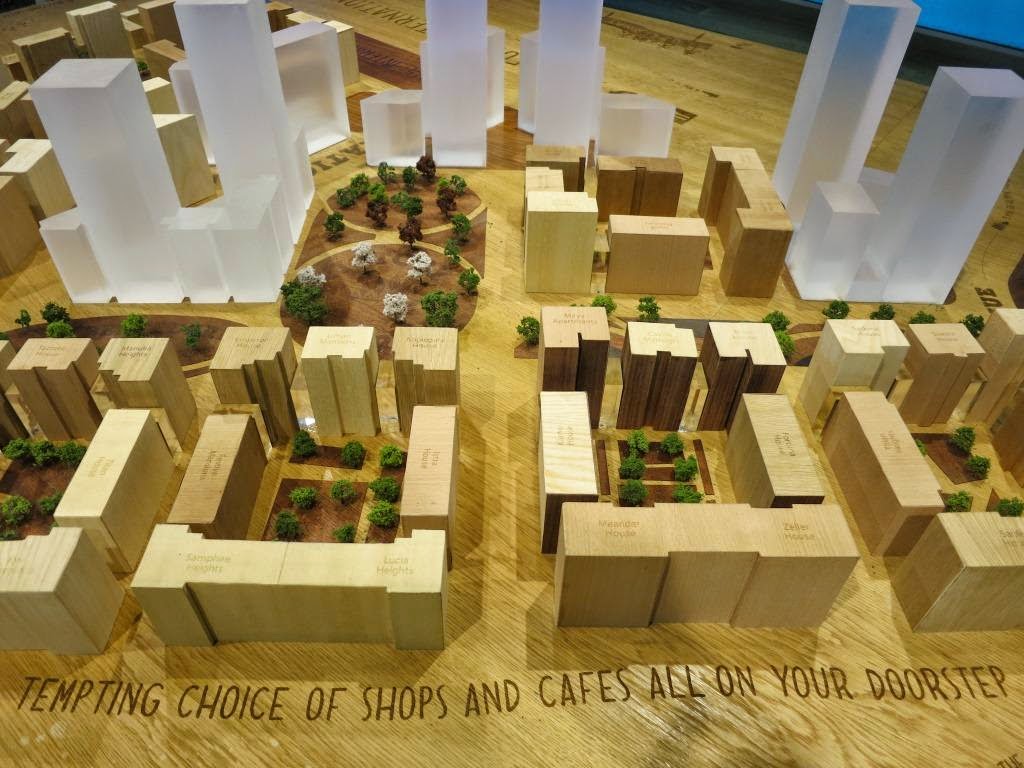 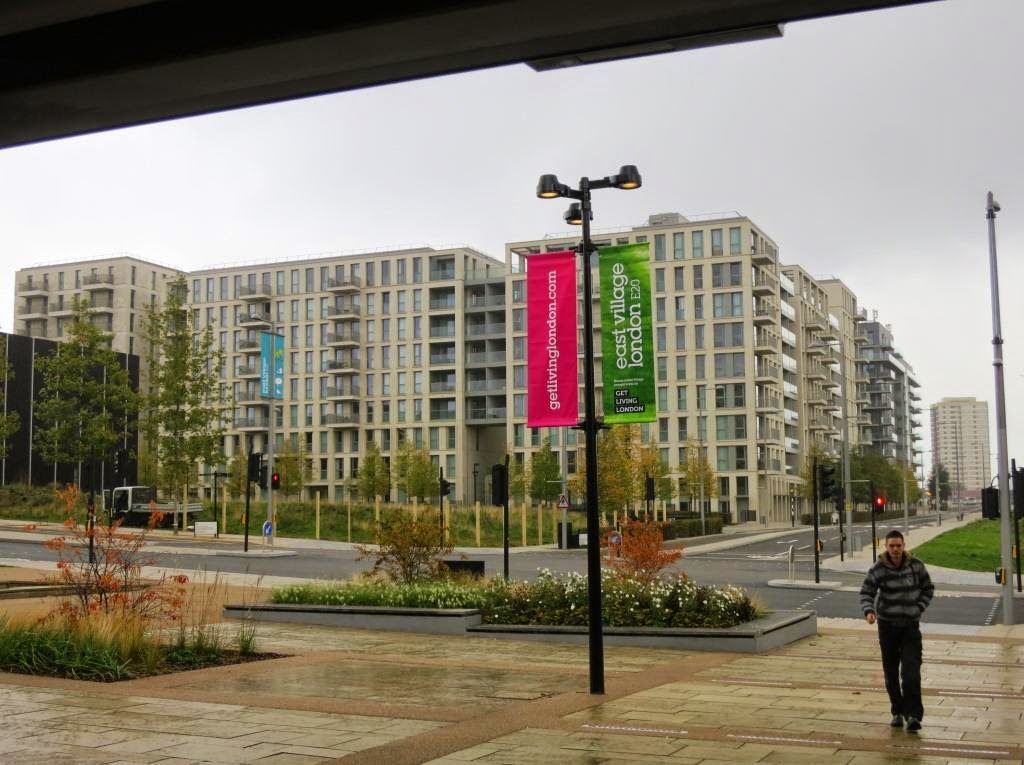 I was disappointed with the Olympic Village. While it is not yet fully occupied, it has a sterility about it that was most unsettling, especially since it had been designed by the best of 500 architects from around the world who had responded to an international competition, according to the marketing materials. 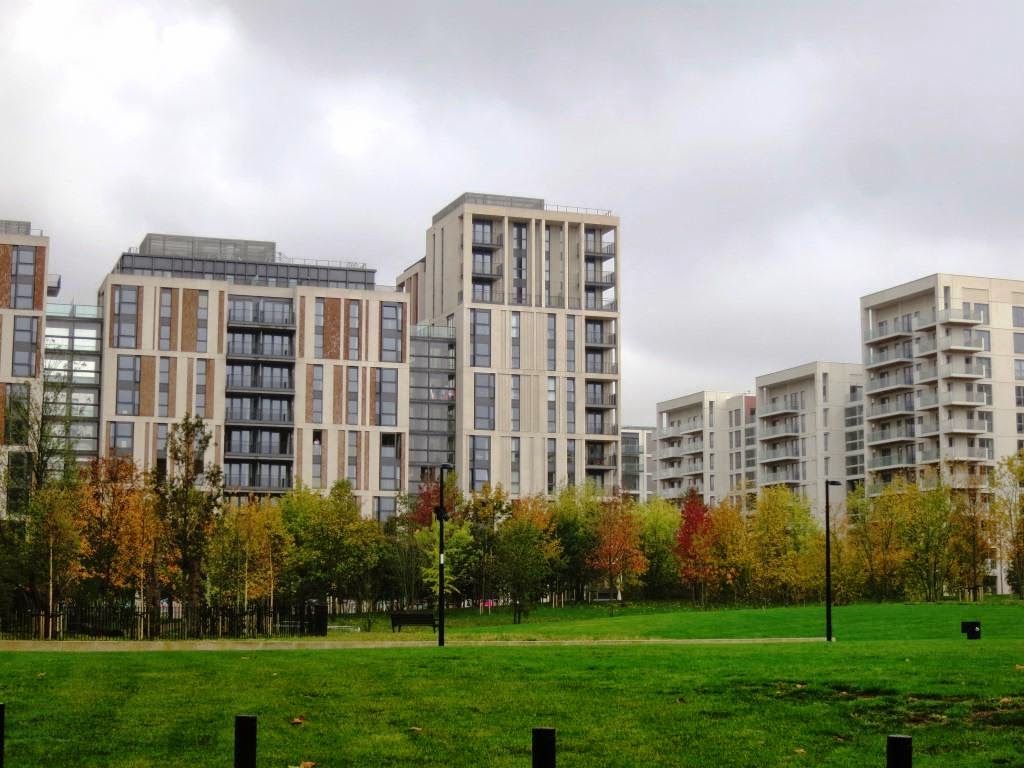 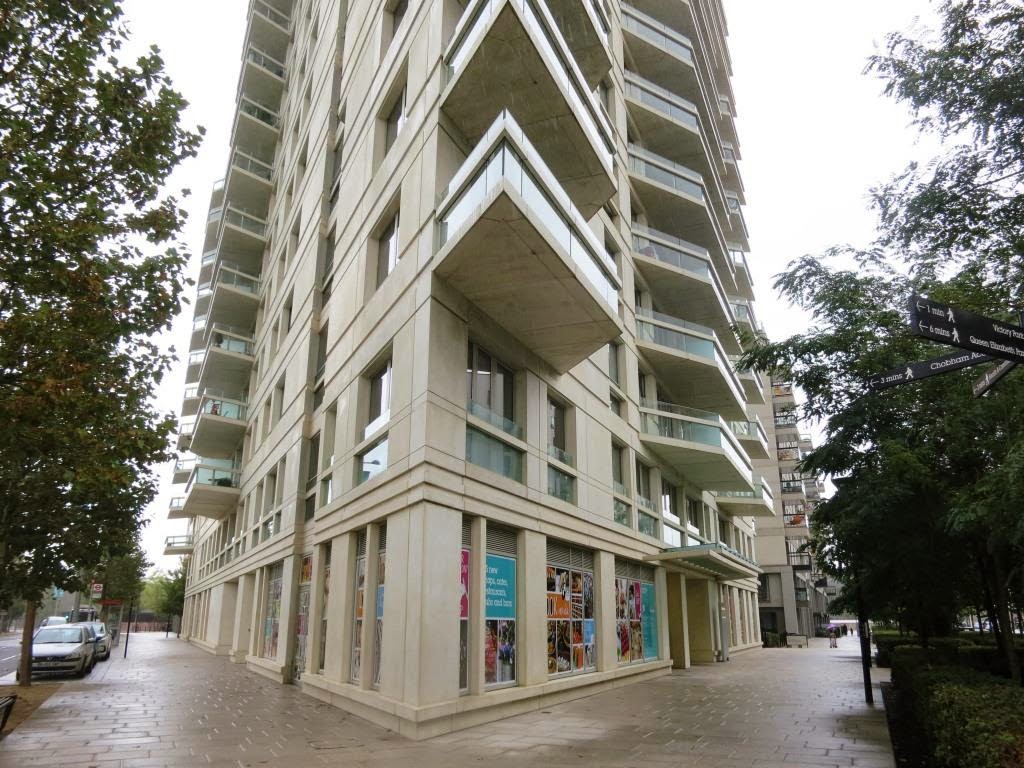 One thing that I noticed is that the architects don’t seem to be aware that it rains in London. There was very little weather protection for outdoor seating areas or building entrances. 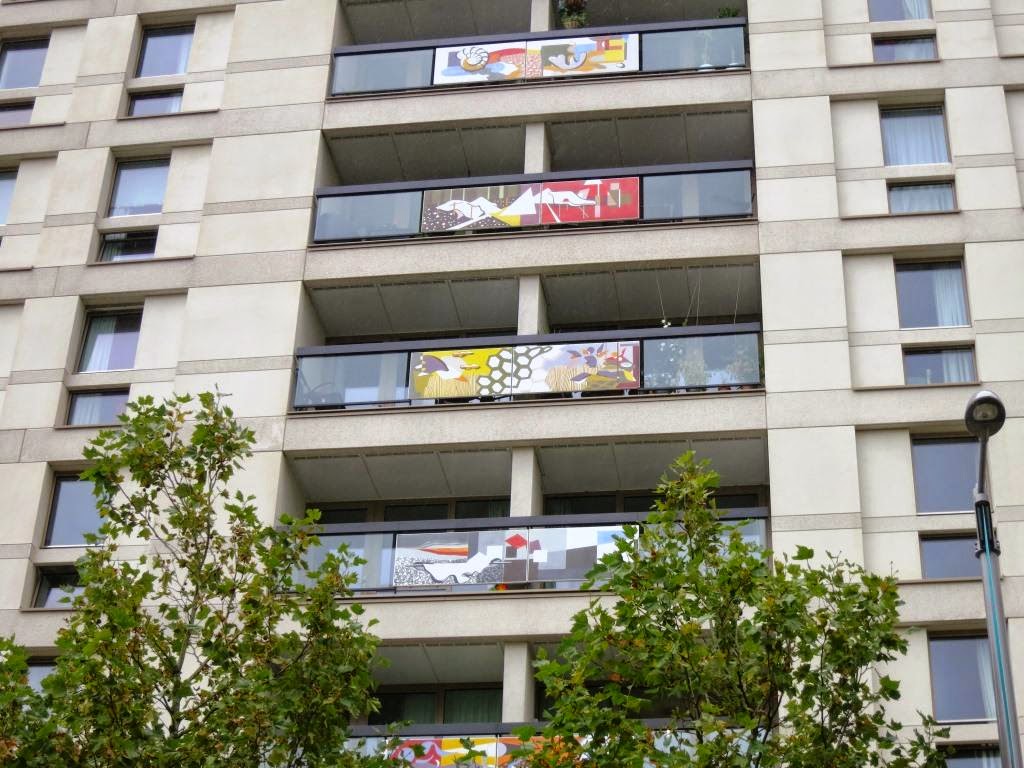 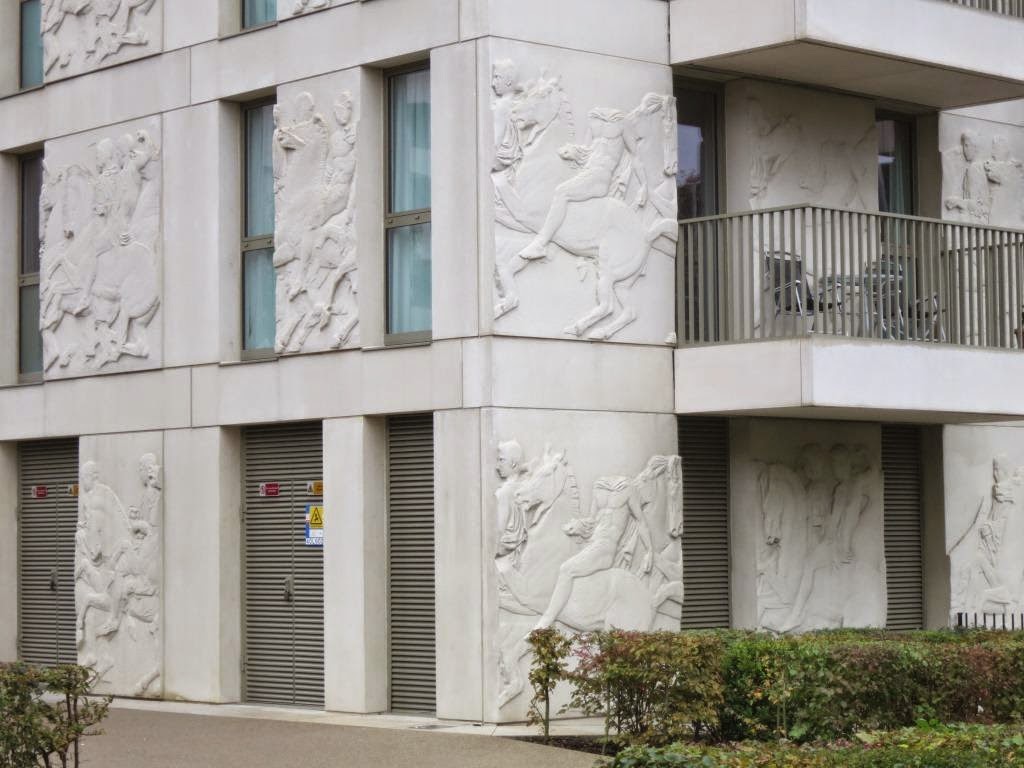 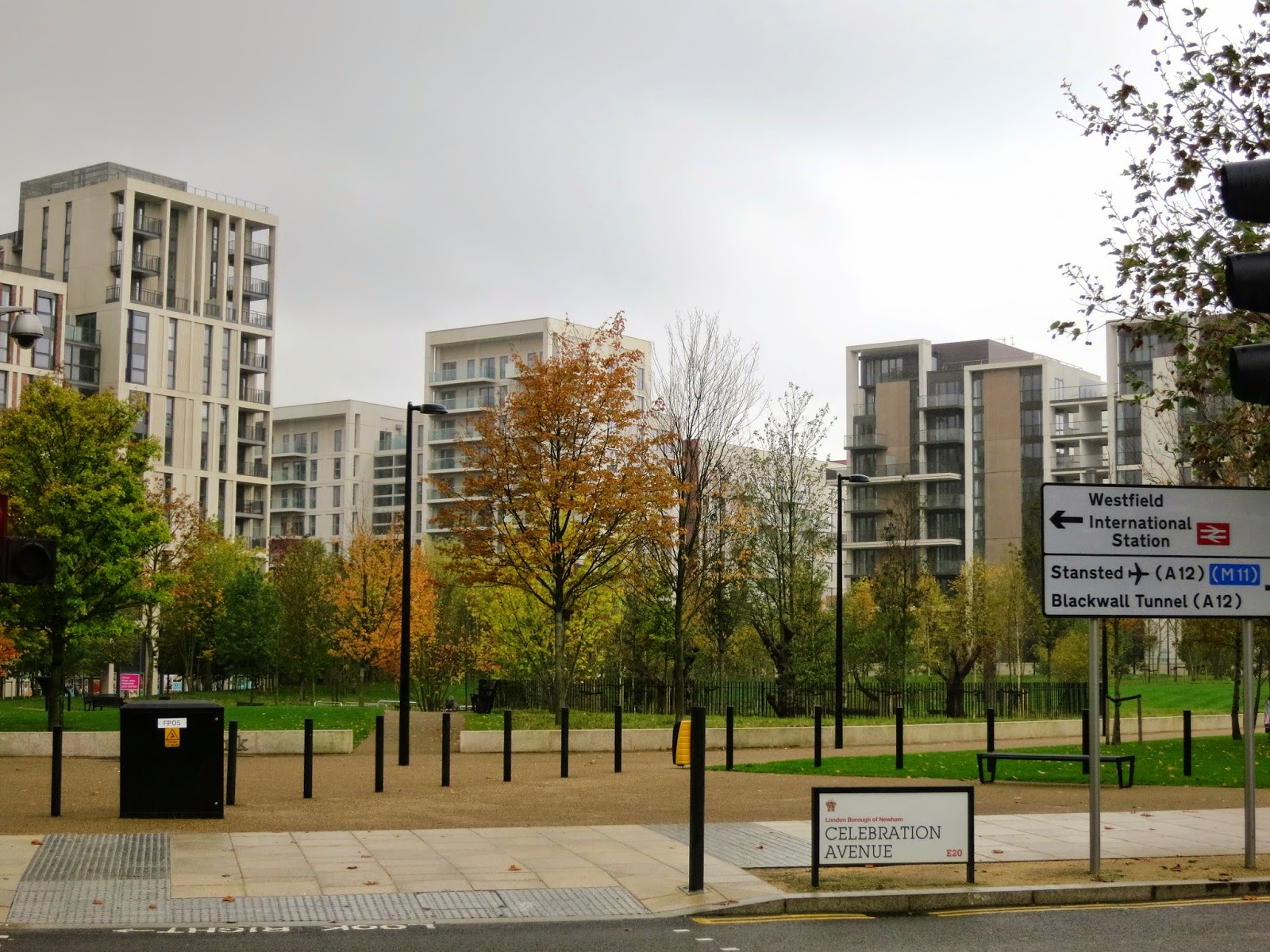 While the street was called Celebration Ave, perhaps inspired by Celebration Florida, the new town built by Disney, I did not think there was a lot to celebrate, at least not yet. I will return in a few years to see if it changes with more residents.
Posted by Michael Geller at 10:44 AM