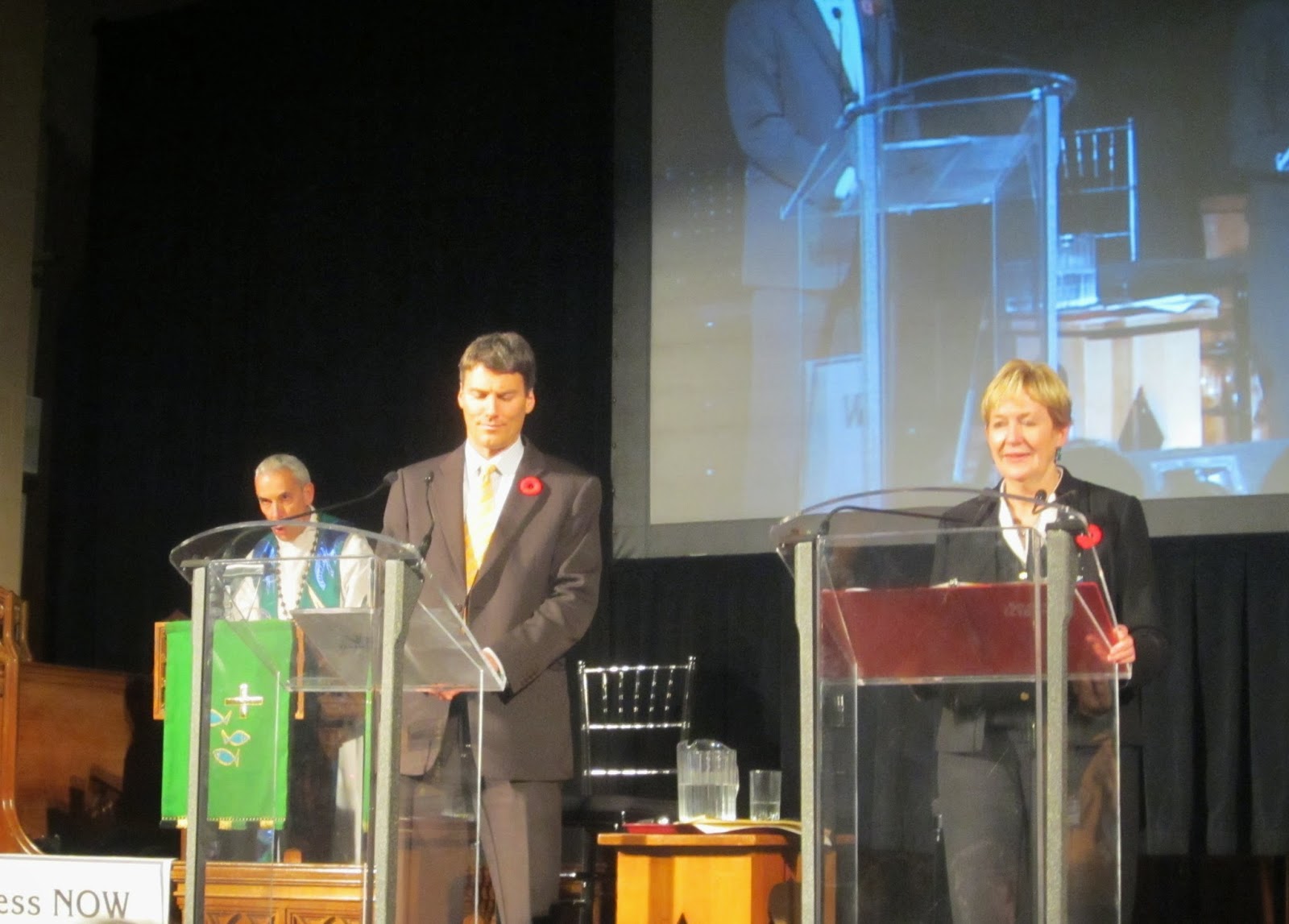 As a result of his limited participation in electoral debates and media interviews, I think most Vancouverites do not really know a lot about Mayor Gregor Robertson's views on most issues other than bike lanes and being green. Photo Michael Geller

I will never forget the first time I met Sam Davis, a former mayor of Saint John, New Brunswick. I had just been introduced to him as the new federal government project manager for his city’s Market Square Project when he looked at me and said “10D.”

“I beg your pardon” I replied.

I have not forgotten the first time I met Gregor Robertson. He had just won the Vision mayoral contest and a mutual friend invited us to meet over breakfast at Paul’s Omelettery on Granville Street. I have no recollection of what we discussed, but I remember what he ate.
While my friend and I ordered omelettes, the future mayor ordered pancakes with whipped cream and fruit. But first he enquired whether the fruit was fresh. The server returned to say the fruit had been frozen, but he ordered it anyway.

Subsequently, I have run into the mayor at various occasions and found him to be a pleasant person, but cannot say I have gotten to know him.

Media acquaintances who have often interviewed him over the past six years have told me the same thing. Despite their interactions, they, too, do not feel they know him at all.

I first met Robertson’s opponent Kirk LaPointe at his summer NPA mayoral announcement. We have subsequently been together on a few occasions. I attended a session he organized to discuss housing affordability with neighbourhood planning and housing experts, and one of the many breakfast meetings being arranged so others can get to know him.

I invited him to speak to a lunchtime discussion group I belong to — the Vancouver Roundtable — which has been meeting every Tuesday since 1926. Yes, 1926! There he did not need to be introduced. He knew most of the people in the room.

I greatly enjoyed Malcolm Gladwell’s book Blink and like many of the characters in the book, think I can generally assess situations and people from first impressions. However Kirk LaPointe is not so easy to typecast.

My first impression was of an intelligent, urbane guy who probably grew up in an affluent neighbourhood. I subsequently learned he is quite cerebral but was not born with a silver spoon in his mouth. He was raised by a single mother and did not meet a brother who was put up for adoption until later in life.

I was also surprised to learn he coaches girls’ softball, which did not quite fit with my first impression.  I should add this was a pleasant surprise.

Just prior to our recent breakfast meeting I heard Bruce Allen ranting about bicycle lanes and asked LaPointe if he knew Allen. “Quite well” he replied. “I met him when I was writing for Billboard Magazine.”

It turns out he was Canadian editor of Billboard in 1983 and stayed for eight years, reporting weekly on the music industry. I did not ask if he played the tuba, but somehow doubt it.

While Vancouver media may not feel they know Gregor Robertson, they know Kirk LaPointe. After all, many worked for him when he was managing editor of the Vancouver Sun. Others know him from CTV where he was senior vice-president, news or the CBC where he was host on Newsworld in the early ‘90s, and more recently the network’s ombudsman.
Given his very impressive background in Canadian media and other activities, one of the questions LaPointe is often asked is why he decided to enter politics. He responds that politicians and the media have much in common in that they both want to change society. They just go about it in different ways.

Moreover, many media personalities have gone on to be very successful politicians including Rene Levesque, Ralph Klein and Winston Churchill.

I am sure we will all learn much more about Kirk LaPointe in the coming months. Hopefully we will also learn a more about Gregor Robertson. But first we need to end the school strike which unfortunately, but quite rightly, is dominating the news.

© Vancouver Courier
- See more at: http://www.vancourier.com/opinion/columnists/opinion-kirk-lapointe-easier-to-know-than-gregor-robertson-1.1349447#sthash.nmr80ADQ.dpuf
Posted by Michael Geller at 11:28 AM