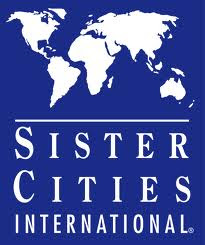 Last week it was revealed that a number of Burnaby politicians and senior officials visited Mesa Arizona during spring break. It made front page news in the Province and many people were upset, not the least of which was Mike Smythe, Province Columnist who was also filling in for Bill Good for the past two weeks on CKNW.

Mike Smyth argued that this trip, and in fact all Sister City trips are essentially junkets with little or no payback or value. He thought it was outrageous that the Burnaby delegation would go off when taxpayers are being nickled and dimed to death. He also questioned why other politicians would travel to other places during such difficult economic times.

As someone who believes there is much to be gained from travel, I didn't agree. While I could understand why many would question the appropriateness of going to Mesa in the spring, and disagreed with the idea of spouses accompanying politicians and officials on these trips, I can see the value of Sister City relationships. This is especially true where there are obvious opportunities for information exchange or business development. For example, many Canadian cities are now 'twinned' with those in China, Japan and Korea where much can be gained.

All but nine Metro municipalities have Sister City relationships. Vancouver has a number of Sister Cities and I have visited all of them...Los Angeles, Guangzhou, Yokohama, Edinburgh and Odessa

I understand the relationship with Yokohama led to Nissan's decision to launch their electric car in Vancouver. (Nissan is based in Yokohama). While I can't comment on other benefits, I do know that the Mayor of the City of North Vancouver benefitted from the relationship with a Japanese city where he learned about waste to energy incineration.

Every week, in advance of the CKNW Civic Affairs Panel, Lesli Boldt, Frances Bula and I are invited to suggest potential topics. Having heard Mike Smyth's rant, I thought this would be a good topic for us. Let's just say it was a lively conversation, and at one point I challenged the host to speak to Burnaby Mayor Corrigan about his trip. Today Corrigan appeared on the show, and gave a reasonable account of the benefits of the trip. While I suspect he didn't convince everyone on the benefits of Sister City relationships, he did win over some callers.

My concern is that if we go overboard in criticizing politicians for travel we'll get very insular politicians. There is much to be learned from travelling to other cities, especially when the trip is hosted by another city or government. In this regard, I'm pleased to say that next week I am off to the Netherlands at the invitation of the Dutch Consul General and government. I'll be blogging regularly about what I see, as well as writing some columns for the Vancouver Sun and other publications.

Next month I'm off to Korea. This time, I have not been invited by anyone; but wanted to visit the EXPO 2012 in Yeosu on the southern coast of the country. If any of you have travelled to either country and have recommendations, please let me know.
Posted by Michael Geller at 5:09 PM

I listened to the Bill Good show Tuesday and was struck by the triviality of the subjects being discussed -- a ban / regulation of bagpipes in Vancouver, concern that Burnaby politicians are possibly wasting a few tens of thousands on a trip / junket...

We have heard nothing for a months on the progress of sales and rentals in the Olympic Village. And we heard nothing about the proposed rezoning of the Rize site where per my calculation, if the rezoning goes ahead, the public is being short changed something north of five million dollars.

My argument re Rize land lift: the Rize site is currently assessed by BC assessment at ~ 16 million, current zoning maximum is 3.0 FSR, so a buildable square foot is, per BC Assessment, worth a bit over $100 on the site (i.e. for an 850 sq foot condo plus an appropriate share of the necessary non private corridors etc, assessed land value in a 3.0 FSR building on that site and similar sites in the area will be about $100,000.) Curiously, the extra floor space, the 2.55 FSR -- or another 85% above the current permitted max FSR of 3.0 -- requested by Rize is valued by the City of Vancouver at a bit under eight million or slightly under $60 ft2 and the City and the developer have agreed on a payment of six and a quarter million in CAC's for that extra buildable space or about $46.75 ft2 -- less than half what BC Assessments believes that buildable space is worth. Seems like a great deal for the developer but not for the rest of us and doesn't make sense to me not to at least discuss the accounting, particularly as seemingly for some on council the main virtue of the Rize project is the CAC money.

I do not even know how I stopped up right here, but I believed this
publish used to be great. I don't recognize who you're but certainly
you're going to a famous blogger if you happen to aren't already.
Cheers!
hardwood floor refinishing

Hey! I know this is kinda off topic however I'd figured I'd ask.
Would you be interested in trading links or maybe guest writing a blog post or vice-versa?
My site addresses a lot of the same topics as yours and
I think we could greatly benefit from each other.
If you are interested feel free to send me an email. I look forward to hearing from you!
Great blog by the way!

Wow that was unusual. I just wrote an really long comment but
after I clicked submit my comment didn't show up. Grrrr... well I'm not writing all that over again.
Anyway, just wanted to say great blog!

certainly like your website but you have to take
a look at the spelling on several of your posts. A number of them
are rife with spelling problems and I in finding it very
bothersome to inform the truth on the other hand I'll definitely come back again.